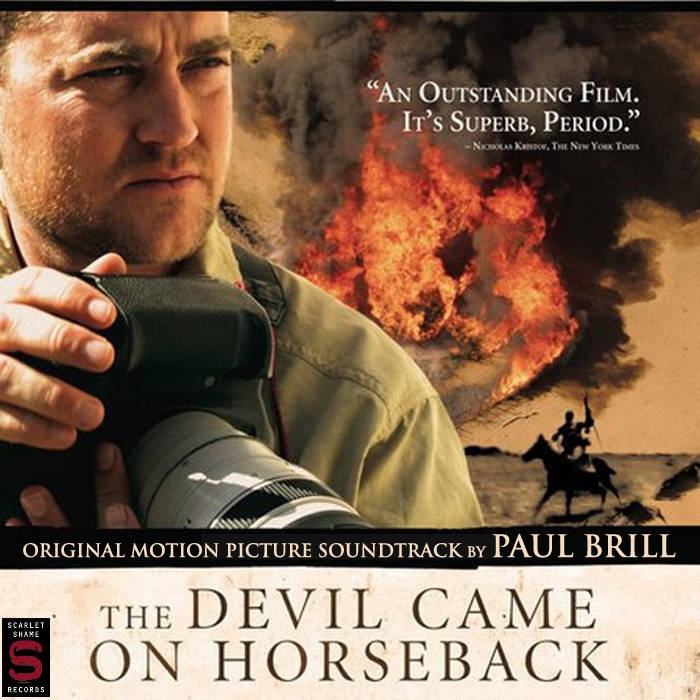 "Brutal, urgent, devastating — the documentary “The Devil Came on Horseback” demands to be seen as soon as possible and by as many viewers as possible. An up-close, acutely painful call to action, the movie pivots on a young American, a former Marine captain named Brian Steidle, who for six months beginning in the fall of 2004 worked for the African Union as an unarmed monitor in Darfur. What he saw in Darfur was unspeakable. And then he returned home, his arms, heart and head filled with the images of the dead.

An attacked village in Darfur, from “The Devil Came on Horseback,” a documentary that recounts a former marine’s experience in the region. You see a lot of those images in “The Devil Came on Horseback,” which, in brute form, serves as a catalog of human barbarism. The title refers to the Arab militias known as the janjaweed, which, sponsored by Sudan’s Arab government, have been instrumental in waging a campaign of violence and terror against the inhabitants of Darfur, many of them black. At least 200,000 civilians have died, and millions have been displaced. The atrocities — rape, torture, mutilation, murder — seem endless. So too does Mr. Steidle’s storehouse of graphic photographs and his documentation, which he took with him when he returned to the United States and began sharing with anyone who would pay attention, including Nicholas D. Kristof, a columnist for The New York Times, who wrote about him in a March 2, 2005, column titled “The American Witness.”

Directed by Annie Sundberg and Ricki Stern, “The Devil Came on Horseback” is a heartfelt account of what this particular American witness saw and, just as important, what he did afterward. It’s necessary, often agonizing viewing...Mr. Steidle is an intensely empathetic figure. His humanity and humility are inspiring, transparent; not once do you feel as if he’s playing to the camera to show just how bad he feels.

The news about “the crisis in Darfur,” “the conflict in Darfur” and “the violence in Darfur” continues apace. Recently the stars of “Ocean’s Thirteen,” led by George Clooney, donated $5.5 million for aid relief; other American citizens have organized car washes to raise money. In early May, 15 House Republicans sent President Bush a letter urging action in Sudan: “The time is at hand to reassert the resolve of the United States that the atrocities taking place in Darfur cannot stand.” In late June, Representative Dennis J. Kucinich of Ohio put the issue in stark terms during a Democratic presidential debate: “Let’s face it, if Darfur had a large supply of oil, this administration would be occupying it right now.”

There’s really nothing more to say — and there’s everything else to say — but because I cannot improve on Mr. Kristof’s passionate words on Darfur, I will repeat the final lines of his 2005 column about Mr. Steidle, which are worth repeating again and again until peace at last makes them irrelevant.

“But if our leaders are acquiescing in genocide, that’s because we citizens are passive, too. If American voters cared about Darfur’s genocide as much as about, say, the Michael Jackson trial, then our political system would respond,” he wrote. “As Martin Luther King Jr. put it: ‘Man’s inhumanity to man is not only perpetrated by the vitriolic actions of those who are bad. It is also perpetrated by the vitiating inaction of those who are good.’ ” - MANOHLA DARGIS, THE NEW YORK TIMES